Congratulations to our own, Rabbi Arnold Saltzman who has been awarded the Doctor of Music, honoris causa by Dr. Arnold Eisen, Chancellor of the Jewish Theological Seminary of America. 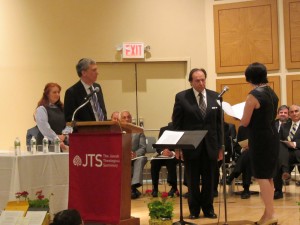 The Doctoral citation reads as follows:

This diploma witnesseth that the faculty and the Board of Trustees of the Beit Hamisdrash L’Rabbianim (The College of Rabbis). The Jewish Theological Seminary have conferred upon Hazzan Arnold Howard Saltzman the degree of Doctor of Music, honoris causa.

You have given expression to the Jewish People’s most heartfelt yearnings among some of the country’s most powerful figures. 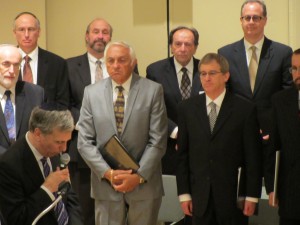 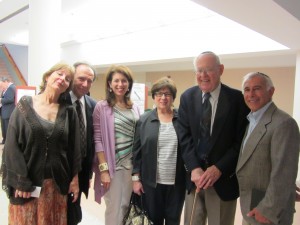 Hazzan emeritus of Adas Israel Congregation in the nation’s capitol and currently rabbi to three Maryland congregations, you count among your venues the Kennedy Center, the National Cathedral, the George Washington University, the U.S. Holocaust Memorial Museum, and a pre-inaugural event for President Bill Clinton. Supreme Court Justice Arthur Goldberg, commissioned you to write settings of Jewish texts in memory of his wife, used again at his own service. Shoah rescuers and rescued attended the premiere of your finest musical work, The Rescue in Denmark Symphony. You sang at the opening of the first International Cantors Convention in the Knesset in Jerusalem, and your wife, Carol Nissenson, has often sung with you.
You have received 10 Solomon Schecter Awards for creative programming for the United Synagogue, and over 50 grants to support your musical endeavors. After illness unfortunately ended your cantorial career, you transitioned to the rabbinate, teaching, celebrating with, and consoling your synagogues’ members. Your devotion will echo through the generations. 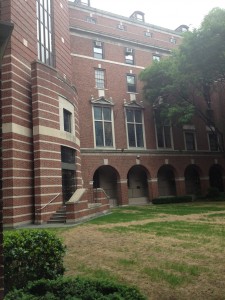